Before any doctor would actually diagnose someone as having HD, the disease has already made a mark upon those who carry the genetic mutation. This phase, called the preclinical or prodromal phase, is currently of great interest to researchers, who are performing large clinical trials in order to better understand the changes people undergo prior to displaying symptoms of HD.

In one of these clinical trials, PREDICT-HD, doctors studied cognitive symptoms in 738 people who were HD-positive but had not begun to show symptoms, and compared them to 168 controls, who were mentally healthy and did not have the HD allele. Doctors estimated how far HD-positive participants might be from having symptoms that would warrant an official diagnosis of HD, based upon age and number of CAG repeats. The researchers report that people estimated to be 15 years or more away from a diagnosis of HD are similar to the controls in all but one measure; they are not as good on tests of emotion recognition. People estimated to be 9-15 years from diagnosis tended to score lower on a few tests of cognitive ability, and people estimated to be within 9 years of a diagnosis had significantly lower scores on tests of thinking, attention, memory, and emotion processing. The researchers found that up to 40% of people in the preclinical stages of HD have mild cognitiveimpairment, causing them to point out the importance of understanding the preclinical effects of HD. Their study suggests that further research is needed to determine if individuals who haven’t yet been diagnosed with HD might be helped by cognitive rehabilitation or cognitive-enhancing medication.

Behavioral symptoms are also likely to arise in people in the preclinical stage of HD. HD-positive people have a small increase in risk of mood problems in the 10 years before their diagnosis, and that risk increases dramatically in the year leading up to the diagnosis. Specifically, gene-positive carriers are significantly more likely to experience depression and irritability than the average person. Though this depression is due in part to the upsetting life changes associated with HD, it is also caused by the biological changes in the brain the disease brings about. One particularly worrisome aspect of this depression is the risk of suicide, which is much higher for people with HD. Suicide risk is highest in the pre-clinical and early stages of HD, particularly around the time of the genetic test.

A group of scientists in the European Huntington’s Disease Network wanted to understand what people with HD were most concerned about on a day-to-day basis, and interviewed 31 people in all stages of HD. For people in the pre-clinical stages of HD, the greatest concerns were social; they worried about how HD would affect family relationships, about a lack of support from friends and family, and about others’ attitudes towards HD. Social concerns were followed by emotional concerns. Those interviewed were anxious not only about their own emerging symptoms, but also about the changes that HD would bring. Legal concerns – such as planning insurance coverage and making up-front arrangements for future disabilities – played a small but noticeable role in their concerns, while cognitive and physical concerns were essentially unmentioned.

In the early stages of HD, symptoms become noticeable enough to warrant a diagnosis. Some symptoms – particularly cognitive and behavioral symptoms – may make it harder for people to work and perform at their usual level. However, at this stage, people are still able to maintain a fairly normal lifestyle and can generally continue to work, drive, and live independently.

When interviewed about their day-to-day concerns about HD, people in the early stages of HD said they worried most about their physical difficulties; they were beginning to have twitches and jerks, and were starting to have trouble eating and sleeping. Cognitive symptoms presented the second biggest concern, as people were beginning to experience difficulty thinking through tasks that hadn’t previously been challenging. Emotional concerns also came up; patients reported low mood and motivation, and expressed anxiety about their emerging symptoms. Social concerns were mentioned, as those interviewed mentioned that relationships with family and friends were becoming more complicated because of HD, and they began to feel concerned about going out to socialize. Financial and legal concerns played a minor role.

By the middle stage of HD, people often lose their ability to work and drive, and might be unable to perform household chores. Eating can become challenging, as patients have trouble performing the complicated series of muscle movements needed to swallow. Speech becomes slurred, and walking becomes staggered. However, many people are still able to eat, dress, and take care of hygiene with some help. Physical therapists can help patients control their voluntary movements; speech pathologists can help patients deal with swallowing and speaking; occupational therapists can help patients deal with changes in their thoughts.

Patients spoke at length about physical concerns – such as sleeping difficulties, balance, chorea, and slowness – that significantly interfere with day-to-day life. Physical problems are mentioned far more often than any other issue. Cognitive concerns are most often about slowness in completing tasks, trouble remembering information, and difficulty learning new things. Emotional issues arise, as patients are anxious about HD symptoms and the effect HD has on the family, and begin to experience mood swings and low mood. Social concerns revolve around maintaining romantic relationships, communication difficulties, and others’ attitudes and ignorance about HD.

By the late stage of the disease, people with HD require help in all aspects of life. They are generally unable to speak, and remain bedridden. Since it becomes more and more difficult to care for a patient as the disease progresses, patients often spend the last few years of life in a nursing home. Choking is a major concern; it becomes extremely difficult to swallow, so most late-stage patients need to be fed with a tube that is inserted surgically into the stomach or small intestine. Many patients have trouble urinating or become constipated, and some patients have trouble sleeping normally. HDSA has a detailed handbook for caregivers on the late stages of HD, found here, and for further caregiver resources, click here.

In the last years, people report that their physical symptoms are most pressing, as movement, maintaining body weight, sleep, and other physical problems outweigh other issues. Emotional concerns were mentioned, with most patients reporting low mood; few reported a lack of motivation, or anger or anxiety about HD symptoms. Social concerns mostly centered on lack of support from friends, family, and health professionals. Cognitiveconcerns were hardly mentioned.

In the last stages of HD, patients have difficulty thinking and communicating clearly, so decisions about their end-of-life medical care often fall to doctors and relatives. However, many people with HD have strong opinions as to how they would like their last years to unfold. An advance directive, also known as a living will, allows people with HD to plan their end-of-life medical care while they are still fully capable. An advance directive is a legal document with a set of instructions describing which medical procedures should or should not be performed in the terminal stages of the disease.

Advance directives for people with HD often address several issues. The “do-not-hospitalize” directive allows a patient to avoid hospitalization near the time of death, and is generally written by those who would rather die in a familiar setting such as their own home, rather than in a hospital. The “do-not-resuscitate” directive prevents the hospital from performing emergency life-saving procedures (such as CPR) if the patient’s heart stops beating, or if he/she stops breathing. Directives also often address tube-feeding, and sometimes express the wish that the patient’s brain be donated for research.

Advance directives are a difficult topic to bring up, but they do provide the patient with measures of control over and protection of their own life choices, while also relieving the patients’ relatives of the emotional difficulties of making life-or-death decisions for the patient. Moreover, relatives generally find solace knowing that they are carrying out the wishes of the patient. For more information on advance directives, click here.

Ultimately, people with HD die an average of 10-20 years after symptoms begin. Death is believed to be primarily from complications of the disease. The most common complication is aspiration pneumonia, in which patients get a fatal infection from unintentionally inhaling a piece of food. Suicide is the second leading cause of death. To read more about the complications of HD, click here.

Advanced Adult Care is calling out, together small communities of the heart 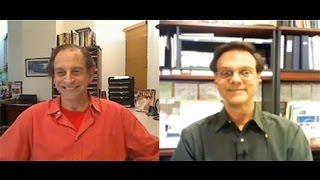 Emotional Intelligence Is the Other Kind of Smart 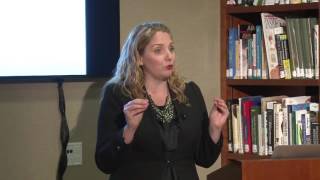